Home to piskies, giants, mermaids, and many other mystical creatures, Cornwall’s rugged landscape is the source of some fascinating myths and legends. If you’re planning on visiting the county, here are some local stories that you can investigate for yourself.

The Mermaid of Padstow

In the estuary of the River Camel lies the Doom Bar – a huge sandbar that has caused many a shipwreck, including Royal Navy warship HMS Whiting in 1816 and the Antoinette in 1895. Legend has it that the Doom Bar was created by a dying mermaid in revenge for her murder. According to the tale, a man named Tristram Bird came across a beautiful young woman when he went to Hawker’s Cove to shoot seals with his new gun. Falling in love with the sweet sound of her singing voice, he asked her to marry him and when she refused he shot her. As she died, the mermaid cursed the harbour from Hawker’s Cove to Trebetherick Bay, laying a “doom bar” across it. In another version of the tale told in the ballad The Mermaid of Padstow, a local man named Tom Yeo shoots a seal that turns out to be a mermaid. You can see the Doom Bar at low tide – a tower on the headland above Stepper Point warns ships away from the ill-fated area. 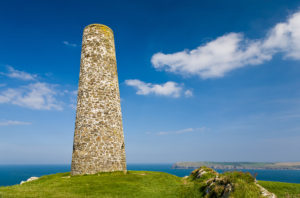 King Arthur is probably Cornwall’s most famous legendary figure, and examples of his legacy can be found throughout the county. He was supposedly conceived at Tintagel Castle with the help of Merlin and the English Heritage site is well worth a visit – you can judge for yourself whether the Gallos statue unveiled in 2016 is intended to represent the legendary king and his famous sword. Other local Arthurian sites include Dozmary Pool, where Excalibur is said to have been returned to the Lady of the Lake, and Slaughterbridge near Camelford, where a sixth century inscribed stone marks the spot in which King Arthur met Mordred for the battle of Camlann. 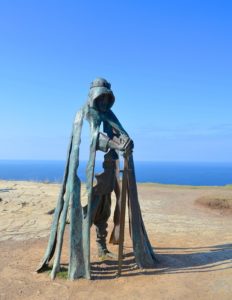 The Beast of Bodmin Moor

If you go hiking on Bodmin Moor when the sun is setting, watch out for cats of unusual size – one of them may just be the Beast of Bodmin! Sightings of a panther-like creature and reports of mutilated livestock have persisted for many years, although so far no one has been able to catch the beast. You have been warned! 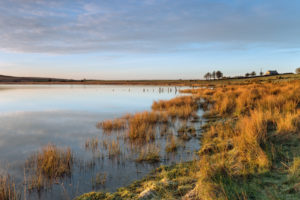 If you hear ghostly wails on a winter night, they might just belong to the evil spirit of Jan Tregeagle. Tregeagle was a 17th century magistrate from Bodmin, whose wicked deeds included the murder of his wife. He was summoned to appear at a court case after his death and to the horror of everyone in court his ghostly figure appeared to testify. To keep his spirit occupied, the Prior of Bodmin ordered him to complete pointless tasks (including removing all the water from Dozmary Pool with a limpet shell) until the Day of Judgment arrived.

Want to explore Cornwall’s myths and legends for yourself? The historical sites behind all of these stories are within easy driving distance of The Point at Polzeath, which has an excellent variety of self-catering accommodation, as well as top-quality leisure and golfing facilities. To book your next holiday, contact us today. We look forward to your visit.

This entry was posted in Blog. Bookmark the permalink.